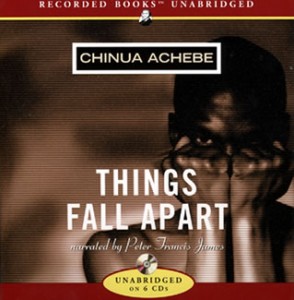 Following on from the last post, I dug out some research on why deals fall apart which highlights the importance of qualifiaction and spending your time in the right places. So here are the top 5 reasons that dales deals fall apart:

1) Deal Not Qualified
Some key questions you should always be asking to better qualify your deals:
Qualification Checklist:
– Do you understand the budget?
– Do you know how the decision will be taken?
– Do you know what compelling business event is driving the project?


2) Didn’t Understand the DMU (Decision Making Unit)
It seems often when deals fall apart, turns out you were talking to the wrong people or misread a key individual involved in the selling process.
Decision Makers Checklist:
– Have you identified all the key decision makers for your deal?
– Do you know what role each stakeholder is playing in the selling process?
– Have you had conversations with each of them regarding the deal?
– Do you understand their perspectives?
– Have you addressed any barriers or concerns brought up?
The Financial Times, British industry purchasing report showed that for a customer between 200 and 400 employees the average number of buying influencers is 4.85 whereas the number of influencers called by sales people is 1.75.

3) Weak Relationships
How strong are the relationships you built during the selling process? Chances are if you answered, not strong, you lost the deal.
Relationships Checklist:
– Have you developed a strong relationship with all key decision makers for your deal?
– Do they return your phone calls?
– Do they rate you as adding value to the solution?

4) Poor Execution & Follow-up
It may be surprising but often deals are lost by fumbling the ball on some of the basic blocking and tackling to take the deal across the finish line.
Execution Checklist:
– How are quickly are you following up on action items related to your deal?
– Do you have a strategy to get your deal closed?
– Do you have all of your internal people on board to support you?
– How well do they understand the prospect?
– Have you identified key milestones for a deal?
– How are you tracking against the milestones?

5) Bad Timing
Deals often go awry when the timing is just not right. You think you have a deal ready to close and suddenly the prospect stops returning phone calls. What went wrong? Well, it turns out the need just was not there at the current moment.
Timing Checklist
– What is your prospect’s timing for making a decision? This is something you should attempt to get very early in your sales process.
– Is there a sense of urgency? Without a sense of urgency, chances are your deal with be DOA.
– What is driving your prospect’s decision on timing? Key events such as contract terminations, CEO mandates, competitive pressures and cost cutting often drive timing on decisions.

What’s your experience, why do sales deals fall apart for you?

This entry was written by John, posted on June 14, 2010 at 12:09 pm, filed under Closing, Sales Process and tagged business drivers, influencer, priorities, qualification, sales person. Bookmark the permalink. Follow any comments here with the RSS feed for this post. Both comments and trackbacks are currently closed.

Can we assist with your training requirements? Just email us now with your details and we'll get back to you.